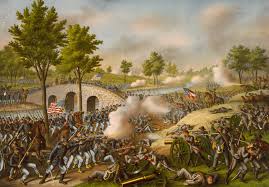 September 16, 1862, George B. McClellan and his Union Army of the Potomac confronted Robert E. Lee’s Army of Northern Virginia at Sharpsburg, Maryland. It was the first battle of the American Civil War to be fought on Union grounds. 23,000 were killed in this battle, and it only lasted less than 12 hours.  After many Union defeats, this victory provided Abraham Lincoln the political cover he needed to issue his Emancipation Proclamation.  It is said that this declaration of liberty is like the Declaration of Independence for blacks in the South and marked a “transition into the 2nd American Revolution.” 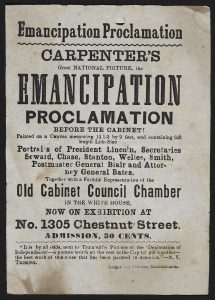 I think this battle was really important for the North because it was fought in the border state of Maryland which had legal slaves but remained in the Union. If the south won that battle, they would gain power and they might have taken this border territory as they sought to divide America into two countries.

If the Confederation lasted through the 1800s then I think slavery in America would have lasted much longer as well.  Just look at the violent racism that remained in the South during the “Jim Crow” era and the 100 years that it took for Martin Luther King’s dream to be realized in the South after the war ended., and they would never end the slavery by the confederation.’